Film Guide Friday for The Weekend of July 18th

This week is one of thouse weeks where one movie get all press because one something or one thing of greather important it get special attenion more the the surporrting cast, since a untimely event back in February the top released of this week have more meaning other than the script other than what it all about but who is in it 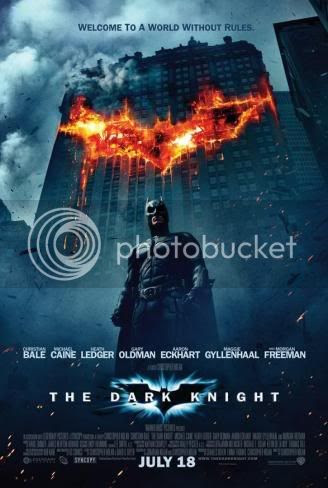 This is the latest of the batman film fanchiese since it was reviled back in 2005 with "Batman Begins", Christian Bale return as the Cape Curser as he fight crime in Gotham City and his alter ego Bruce Wayne.

but there is one stars that is getting all the attention, that is the late Heath Ledger who played the comical but dangererst "The Joker" is what turn out to be his last complet film roll before his untimely death back January 22 at the age of 28

The early review that i have read it look like the heath protrail of the clown prince of crime [which have been play in the past by Jack Nickinson in "Batman" in 1989 and Cesar Romero in the 1960's tv seriers] is one of the best perfromnce of the joker ever on the on screen.

and not olny that this is a tribute to one of the great Character actor who was gone way too soon, and yes he was a really good actor, i saw the "I'am not there" in the discount thether back in march and he was really good in it, he was also in "Monster's Ball", "Lords of Dogtown" [which was base out of the wonderful doc dogtown and Z-Boys] and the movie that won him a oscar non "Brokeback Mountain"

He Left us far to soon, but he left us with of the great perfromnice of all time

Below are the trailer of "The Drak Knight" and something i have never done on Film Guide Friday a list of the Theatres that are showing the drak night and before you go to see the movie it made be wise to called ahead and resever your tickets so you wount be shut out.

And this film is also show in IMAX
at these locations:

There are other movie opening this weekend
and they are: 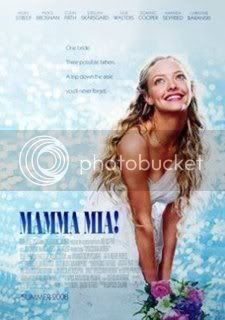 Meryl Streep Daugher is geting married and not only that she have three differcen Father but one of them is the real father so do they take it on the maury show to ask that words "You Are The Father", No you make a Movie with a lot of ABBA songs in it.

and Sorry if i ask when will Mamma Mia! return to the fisher theater, i want to see the live stage version.


And as a added bouns
Here the song sung by ABBA

And coming off last week dud of a Movie like "Meet Dave" [which bomb big time last week], we have a movie with Animation space chimps trying to reteved a space probe after it was lost in a space hole.

1st Eddie murphy contorling a spaceship looking like himself, then Animation space monkeys what Next a bad remake of the mid 70's Space serier Space: 1999 who know it could be boring.


Playing at the Landmark Main Art in Royal Oak

Tell No One [NR]
[description from Rotten Tomatoes at www.rottentomatoes.com]

Francois Cluzet stars in this French thriller from director Guillaume Canet. Eight years after the heinous murder of his wife, doctor Alex Beck receives an ominous email from an unknown source. The message contains a video image of Alex's thought-to-be dead wife in real time.

Plauing at the DFT at the DIA

MY BROTHER IS AN ONLY CHILD

A smash hit in Italy, My Brother is an Only Child reunites director Luchetti with the screenwriters of his acclaimed The Best of Youth. Set in a small town in the 1960s and 70s, it’s the story of two brothers who want to change the world – one as a prime mover in the local Communist Party, the other as a Fascist. What begins as a simple tale of sibling rivalry becomes an indelible portrait of the social upheavals of those turbulent times, as well as an unexpected love story. An intensely satisfying cinematic work about dreams and disillusionments, My Brother harks back to the exuberance of the early classics by Bellochio and Bertolucci.

And playing on the Saturday Double Creaher
feather at 3:00 PM on Saturday

THE GOLDEN VOYAGE OF SINBAD

These sequels to the 1957 classic The 7th Voyage of Sinbad both feature fantastic creatures from special-effects wizard Ray Harryhausen. In The Golden Voyage of Sinbad, the fearless sailor (played by John Phillip Law) reconstructs a golden map that leads him to strange lands and amazing adventures. (105 min.)

SINBAD AND THE EYE OF THE TIGER

Sinbad and the Eye of the Tiger finds our intrepid captain (Patrick Wayne) saddled with the task of restoring back into human form a prince who’s been transformed into a baboon just before his coronation day. Harryhausen’s last film in the Sinbad cycle was nearly two years in production, and looks great on the big, big screen! (113 min.)

Belived it or not

and opening up next week in Detroit and everywhere else

Will Ferrell and John C. Reilly are middle-aged, overgrown boys who become step brothers when their parents get married.

The X-Files: I Want To Believe (Wide)

David Duchovny and Gillian Anderson reprise their TV roles as agents searching for the truth and investigating the unexplained.

Posted by Steve Paljusevic at 7:00 AM

Web Show - Audio or Video or Both

The Culture CIty Hotlines(AKA, The Blogs)

The Only T.V. Show that matters